Software Piracy and Your Business

As a member of the Procurement Team, I often get licensing requests for various pieces of software. I tend to get at least 5 requests for licenses, daily, for common software like Microsoft Office 365 and Adobe Creative Cloud.

This constant flow of licensing requests raises a good question: how do companies like Adobe keep track of who is using their software, and how can they tell legally licensed copies from pirated copies of their software? I researched this topic in order to break down the legal consequences of using pirated software to illustrate the importance of using properly licensed software.

I can download it for free, what’s the problem?

The use of unlicensed software harms those who publish software – and their legitimate customers. It creates unfair competition, which adversely affects legitimate companies, damages brands through distribution of subpar products and exposes customers to a range of IT risks. Risks that include, but are not limited to:

In 2012, BSA investigated over 15,000 unlicensed software reports around the world.

BSA | The Software Alliance is the leading advocate for the global software industry before governments and in the international marketplace. Its members craft software solutions that promote the purchasing of software through legal means, as well as conduct audits to review the legal validity of utilized software.

What does this mean?

It means that not only will parent companies like Dell, Adobe or Apple audit software to make sure it’s licensed properly, but outside resources have the capability to so as well. This increases the chances that an audit will occur at some point in time for your company. In addition, organizations, including SIAA, provide incentives for staff to report the use of pirated software as high as one million dollars.

Pirated copies now launch alerts stating that the used software is not a genuine Adobe product. Furthermore, this means the software is not covered by a warranty or our support programs. This means that it may not perform as Adobe intended, or pose risks to you and your work, all without the benefit of guaranteed support.

Should Adobe’s warning not be heeded, users can face fines of up to $150K for civil penalties of copyright infringement.

They can find out.

Not only can they find out, no business is immune:

“Durham, N.C.-based Burt’s Bees paid a $110,000 fine to Washington-based BSA, a software industry watchdog group, after a software audit found unlicensed copies of applications from Adobe Systems, Apple Computer, and Microsoft on company computers, according to a statement yesterday from the alliance. As part of the settlement, Burt’s Bees agreed to delete any unlicensed copies, purchase replacement software, and strengthen its software management practices, the BSA said.”

As stated earlier, not only will parent companies audit your licensing, outside third-parties also have that ability. We highly recommend purchasing software legally, as utilizing pirated software not only breaches your contract with Valiant, it also opens up the possibility that you will be caught and fined.

Software piracy is considered a federal crime, much like illegally downloading music and movies. Some cases may go beyond paying back the copyright holder and result in federal statutory damages. The amount varies per case but can be as much as $150,000 for each infringement. For consumers or businesses caught selling illegal software, the legal penalties are much worse. Fines can go as high as $250,000, depending on the product, amount, and state and federal laws. The accused may also face up to five years in prison with a permanent felony on their record.

Are you concerned that your business may unknowingly be using unlicensed software? We urge you to review the validity of your software, as cheating the system of a few hundred dollars in the short term could mean bank-breaking fines, jail time and/or termination of services in the future.

Not sure about the first step to take? Get in touch, we can help. 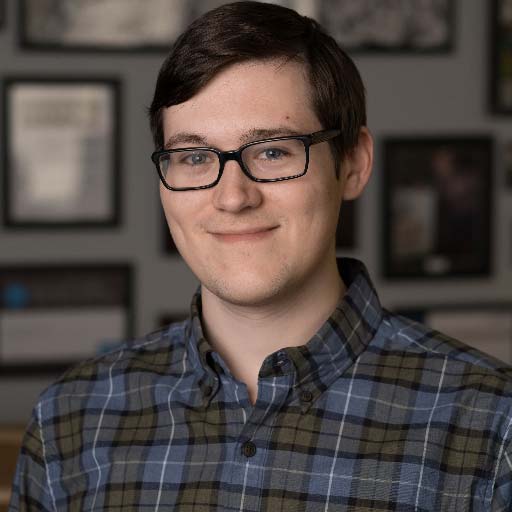 Ian is Valiant’s Procurement Associate, and he’s in charge of the logistics around all the technology we provide to our clients. From working with vendors to select the best solutions,...

Beware of COVID-19 scams on the Internet and your phone

The Coronavirus pandemic is presenting malicious individuals with many opportunities to prey on businesses, their staff, and the public. The...

Windows 7 to Windows 10: Is Microsoft Forcing our Hand?

The beginning of the year is always a time of reflection and intentional improvement. In the world of business, 2020...

A phishing scam disguised as a Citibank website was identified by MalwareHunterTeam earlier this week. The threat was swiftly removed...

The New York SHIELD Act: Is your business ready for compliance?