Microsoft and GitHub: Why it’s a good thing 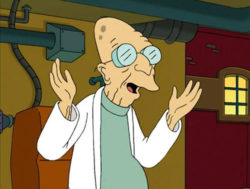 Valiant’s Microsoft Teams instance is a virtual ghost town on a typical Sunday afternoon, but not last Sunday.

News about a potential $7.5 billion dollar Github acquisition by Microsoft began to spread, and it generated quite a bit of chatter among the staff. From predictions on Microsoft’s intentions to memes, comments about how the acquisition will impact other services, such as Gitlab, had us all stepping away from reruns of Futurama to discuss what was about to happen.

What would this mean for the web-based service for version control that many of us have used for well over a decade now? According to Microsoft, not a whole lot – they’ve stated that GitHub will adhere to its “developer-first” ethos and continue to operate independently as a platform agnostic service.

Feelings among our staff were mixed at first, ranging from excitement around potential Microsoft integrations to how the acquisition stands to benefit GitHub’s nearest competitor, Gitlab:

Next steps: integrate Azure functions into GitHub and allow for one-touch Azure deployment.

The fear is that Microsoft is hostile towards open source, and will take actions that have a negative impact on the open-source projects that depend on GitHub. As many reports have noted, there aren’t really any specific concerns, but a widespread lack of trust, among certain developers, of Microsoft’s motives and future plans for the service. While there may not be any specific, recent, instances that point to this potential behavior, Steve Ballmer’s referring to Linux (whose kernel was written by the creator of Git) as “a cancer” makes it more rational than my fear of caterpillars.

The first half of my career was very much focused on working with Microsoft products. Visual Basic 3 was the first language I wrote and released software in, I earned an MCSE in 2002, and the non-profit organization where I began my career was funded by Microsoft. Around 2006, a lot of my related interests shifted to open-source projects, and some of my opinions on the House of Gates began to change. While my opinions are largely agnostic these days, with solutions chosen by the impact they’ll make and not the company releasing them, I can totally understand the sense of uncertainty news like this brings.

Of course, the “cancer” remark was made in 2001 and a lot has changed since then.

In 2016, Microsoft began offering SQL Server on Linux. In 2017, the ability to install a Linux environment and Bash shell on any edition of Windows 10 moved past beta and became available without the need to enable developer mode to be used.

When Microsoft identifies an area of business that they cannot compete in, they take the necessary actions to continue to be relevant. For example, Microsoft gutted its phone business and offered support (and a fairly nice suite of apps) to Android and iOS users when it became clear that they were not going to gain much market share from Google and Apple. Why did Microsoft’s Nokia experiment fail? While there are several reasons, but one of the largest was a lack of developers.

A couple of years before GitHub’s arrival, Microsoft launched CodePlex: an open source project hosting service as an alternative to SourceForge. The service ceased operations in mid-December 2017, and Microsoft encouraged developers using the service to migrate their projects to GitHub – even offering an import tool to help ease the process.

It will be interesting to see how closely Microsoft sticks with the true open source mantra, both with Azure Sphere and now with the purchase of GitHub.

Microsoft hosts several open-source, developer-oriented, projects on GitHub including Visual Studio Code, the .NET runtime, and Edge’s Chakra Javascript engine. Best of all, they don’t just use GitHub to publish the source code; they push code commits to GitHub as they are performed, providing others with insight in to the how and why a piece of software was developed. Microsoft is also welcoming towards contributions and bug tracking, much like any other projected hosted by the service.

This is a big deal. Their interaction and transparency with their projects means that their presence on GitHub is more than an empty gesture to the open source community, it’s a move to become a significant part of it.

GitHub needed something to happen

As a privately held company, we don’t have full insight in to GitHub’s finances – but a leak of financial data in 2016 has led to several analysis which, at best, point to GitHub likely burning through their last 2 rounds of VC funding by the middle of this year. With cashflow as an issue, there are really only 2 options: close up shop or sell.

The majority of GitHub’s revenue comes from enterprise customers, via private cloud-hosted repositories along with an on-premise version of the service. In order to become profitable, they need to increase their enterprise customers. Microsoft is a huge player in enterprise and cloud infrastructure, making for a strong synergy between both companies.

Microsoft’s bet on the Cloud is paying off with 56% year-over-year growth, and developers need a place to store their projects that run in the Cloud, so what better place than GitHub?

While GitHub is a fantastic service, there are several alternatives available. Gitlab, the nearest competitor to GitHub, isn’t only a sound choice but one we use here at Valiant. We run 2 separate self-hosted Gitlab instances internally – one for our shared services team, and a separate instance for our development team. Gitlab’s Omnibus installation makes it easy to bring a self-hosted version of the service online within minutes, includes Kubernetes support, built-in CI/CD, project management and much more.

It’ll be interesting to see where this goes over the next few days. A shift to Gitlab could spark more competition and make both systems even better.

News of Microsoft’s impending acquisition of Github created quite a bit of activity around Gitlab. “It has been crazy in the last twenty-four hours. We are seeing thousands switching, tweeting about it,” GitLab Chief Executive Officer Sytse Sijbrandij told Reuters on Tuesday. 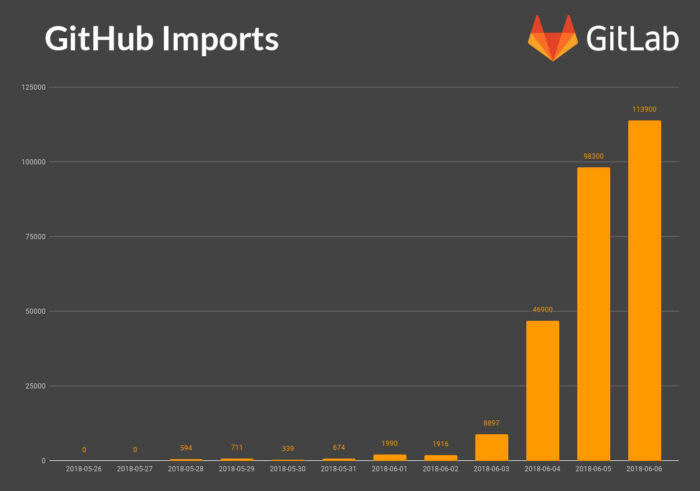 On June 5th, Gitlab announced that the Ultimate and Gold levels of their service are not free for educational institutions and open source projects. In addition, Xcode integration was announced at Apple’s WWDC event.

The news around GitHub is exciting, but the timing is even better. While I don’t expect to see a mass exodus to Gitlab, the likes of which would make a dent in GitHub’s user base, to occur – this will likely lead to additional improvements for both services, and that’s a good thing.

Can our infrastructure handle the demands of the new normal?

Businesses across the country have shifted operations from offices to the homes of their employees, students are remote learning, and...

A Remote Worker’s Guide to Productivity

We’ve witnessed a countless number of businesses begin to enact remote work plans for their staff over the past week....

CHIP: Your Smart-Home is on the Horizon

Are you conflicted between Alexa, Siri, and your Google Assistant? Good news! You won’t have to choose one over the others...

Enhanced Service and IT Governance via Our New Client Portal

We’re proud to announce the launch of our new client support portal! Our new portal provides a comprehensive insight into...